Nothing in this universe makes sense
except in the light of Holy Quran
The Quran alone provides scientifically valid answers to the billion dollar questions – who I am, why I am here, what is the purpose of this universe, what is the purpose of human life, what is the ultimate fate of man and universe, and other such questions – which science cannot address.
True science is as divine as the Quran. These two domains of knowledge are complementary to each other like two sides of a coin. Merger of these two epistemic spaces leads to the development of holistic knowledge – Islamic Science – the totality of knowledge about man and the universe revealed by Allah.
The Quran is Truth from the Creator. It serves as the Universal Reference Standard for Truth (furqan) to distinguish truth from untruth. Any information that is at variance with the Quranic revelation will be false.
Molecular gene (genome) concept in science is a big blunder. It is against the Quranic revelation of rooh and also violates the chemical fundamentals. Biologists superimpose biological information over chemical information encoded by the DNA molecule that determines its properties and behavior. Scientific validity of the molecular gene concept is challenged here.
Phenomena of life and death that remain unexplained and undefined in biology can be scientifically explained in the light of Quranic revelations based on the computer model of organism.
Previous Next

Information we have about any aspect of the universe and man can be either true or false. True information is what is referred to here as knowledge. Generation of knowledge from available information therefore requires a reference standard for Truth for judging the validity of information. Allah, the Creator, reveals to us that the Quran is His Word, the Truth and the Criterion (furqan) for distinguishing truth from untruth. The Quran thus serves as the Universal Reference Standard for Truth. Any information – be it in science, religion or other epistemic domain – that is at variance with the Quran will be false. In other words, such information will be of satanic origin. Application of the Quran to the human epistemic space will therefore help cleanse any domain of false information. The ultimate objective of this initiative is to generate holistic knowledge christened Islamic Science through harmonious fusion of true science with the Quran. Application of the Quran to science enables us to identify false theories and reject them. Science so developed will be compatible with the Quran and true in its content. Application of true science to the Quran will help explain the divine revelations scientifically. The Quran and true science constitute the two domains of knowledge. The fusion of these two will therefore result in the generation of holistic knowledge about the universe and man, which is referred to here as Islamic Science. It represents the totality of knowledge revealed by Creator Allah to His robot – man. The merger of science with the Quran allows us to study and understand the creations from the divine perspective or more precisely, from the point of view of divine mission with creations. The Quran serves as the divine lens through which man can perceive the universe and his own life as Allah views them. Islamic Science describes the universe as a system designed, programmed (like a computer) and created by Allah as the infrastructure facility for testing the intelligent, conscious and free-willed human robots He created. Earth is the human robot testing laboratory. Based on the test, the obedient human robots will be selected to serve Him in Heaven, the earth of the next eternal universe. Islamic Science scientifically explains and confirms that the universe and man are created by Allah with purpose as against the secular worldview that they evolved by chance with no purpose to serve. The book The Quran: Scientific Exegesis, the first-ever scientific tafsir of the holy Quran, published at this website presents the results of my research conducted in this field during the past three decades. It is hoped with the whole-hearted participation of scientists, professionals, Quran scholars and others, the goal of this initiative will be achieved. 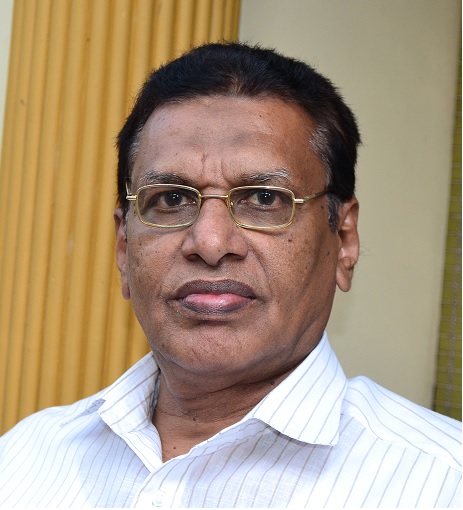 Research in the field of Quran-science

Since 1986, actively engaged in research in integrating science with the Quran. This led to the development of computer model of the universe based on Quranic revelations. The computer concept of the universe was published in 1998 for the first time in the book The Divine Expert System. Application of science to the Quran led to the generation of holistic knowledge of universal applicability, which was given the name Islamic Science. Islamic Science treats the universe as a system designed, programmed and created by Allah with purpose as against the secular worldview that it evolved itself by chance with no purpose to serve. The computer models of the physical universe and biological organism permit us to explain the divine revelations in the Quran relating to man and the universe. Application of this model helps to explain scientifically the divine purpose of creation, the creation process, phenomena of life, death and soul, human mind (qalb) and memory (sadr), Jibreel and malak, Satan and Iblis, resurrection, re-creation of the universe, Heaven and Hell, etc. Research in the Quran-science area also led to the publication of The Quran: Scientific Exegesis. The scientific exegesis of the Quran establishes the existence of God, divinity of the Quran and Islam scientifically.


Research papers – 4
1. Wahid, P.A. 2003. Definitions of life, death, genetic program and soul based on the Quran and computer concept of the universe. Journal of Islamic Science 18(1-2):137-147.
2. Wahid, P.A. 2005. Origin of genetic information and evolution of biological species. Islam and Science 3(1): 7-42.
3. Wahid, P.A. 2010. Memetics of the computer universe based on the Quran. J. Software Engineering and Applications 3:728-735. doi:10.4236/jsea.2010.37084 Published Online July 2010 (http://www.SciRP.org/journal/jsea).
4. Wahid, P.A. 2010. Molecular genetic program (genome) contrasted against non-molecular invisible biosoftware in the light of the Quran and the Bible. Advances in Bioscience and Biotechnology 1:338-347 doi:10.4236/abb.2010.14044 Published Online October 2010 (http://www.SciRP.org/journal/abb/).
(Note: The papers 3 and 4 were retracted by the editors from the journals months after their publication because of the hue and cry from the atheist lobby in the scientific community against publishing religious content in science journals.)